Bipolar Gideon Rukundo Rugali is seemingly suffering a psychotic breakdown, he wants to hold a demonstration in front of the Rwandan embassy for the strangest reasons. According to the tormented mind, Ugandans don’t feel safe in Ugandan and he blames Rwanda. He says that even taking a cup of coffee in Uganda is dangerous and one must have the chef taste the coffee before drinking it. He is calling for a demonstration in front of the Rwanda Embassy. 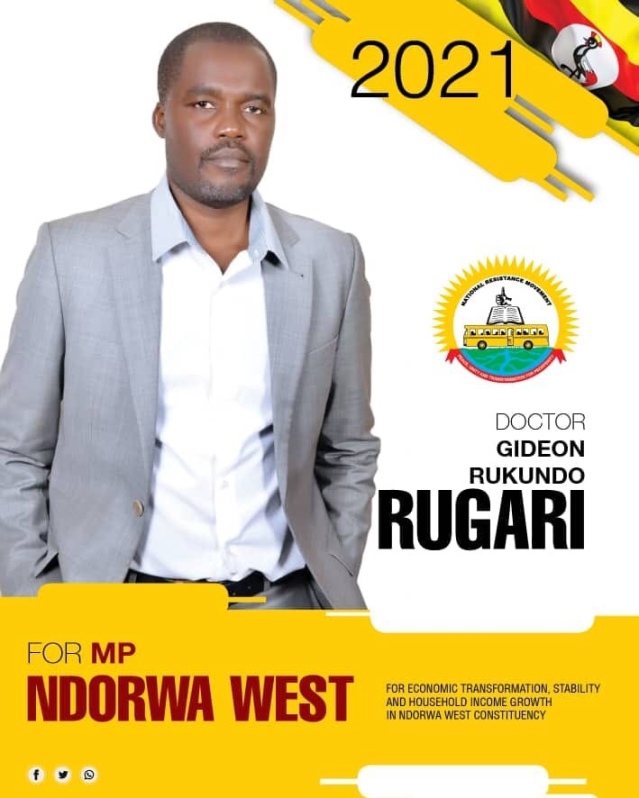 His real madness is to thinks that the rest of the world is unable to know that in Uganda a demonstration in front of an embassy can happen without Yoweri Museveni’s blessing. In a country where even concerts are banned unless Museveni approves it, Rugali’s suggestion is most likely something the regime of Uganda has whispered him to do. He is, after all, an NRM (the ruling party) aspiring MP candidate.

He doubles up his NRM membership with RNC, he is a member of the RNC Ugandan Executive committee. As an RNC member, he needs to find a way to destabilize Rwanda and as an NRM he needs to justify 33 years of complete failure to deliver. If Ugandans do not feel safe, even to take a cup of coffee, they have Museveni to thank. For three decades, he set up and grew one of the most corrupt and chaotic system in the world.

The Museveni’s family mafia that fuels the corrupt and chaotic NRM rule also happens to fund RNC. The mad suggestion that Ugandans should protest in front of the Rwanda embassy is a scapegoating attempt. The Rukundo’s seemingly mad post is mere propaganda of the two entities desperate to sow fear and hate as a survival tactic.