Kayumba Nyamwasa’s Sunday incantations are in, as scheduled, published on his Facebook account RPF Gakwerere. It has become a weekly habit for Kayumba to do so on Sundays, after a long week of luring others to spill their blood for his pleasure as he stays safely tucked away in South Africa. 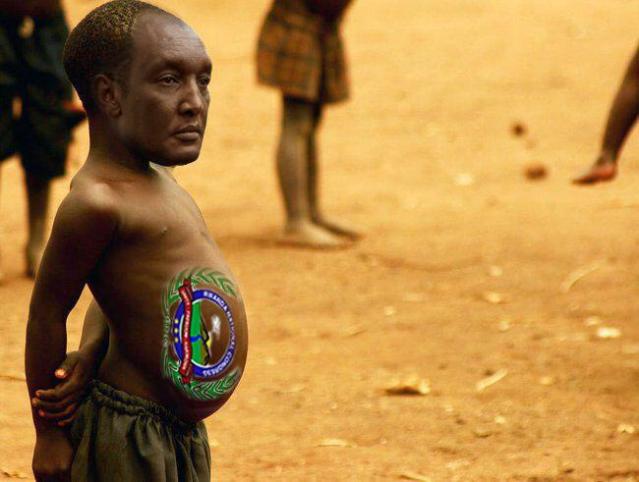 Short of imagination, he just released a smear piece titled ‘Letter from the North: A preacher’s advice to the maniatic killer of Rwandans…”. The title in itself is satanic filled with hate, smear and insult, all anti-Christian values. In Kayumba’s defense, it would be too hard for him to fake a Christian letter while his hands are still soaked with blood for the innocent Rwandans that undergo horrendous torture in Uganda or the blood of his followers he sacrificed in Congo for a headline.

Anyone reading his blasphemous articles on Sunday will also be shocked at the stupidity displayed by Kayumba. A wise man once told me that the greatest trick ever pulled by the devil was to hide in plain sight! Clearly, hiding behind a fake Facebook account to write smear and slander is an offshoot of the devils trick. Kayumba goes a step further, he hides behind an anonymous imaginary correspondent on his anonymous Facebook account.

The main reason for this strange evil Sunday ritual is desperation. For almost a decade, TerroristKayumba’s plans have failed over and over again culminating in a massive military defeat in East Congo. Aware that his plans for Rwanda, and the entire region, is to bring mayhem and destruction, Kayumba cannot seek divine intervention.

His new found Genocidal allies, and his wife, probably convinced him to seek an alternative spiritual intervention, he moved to devil worshipping. Fortunately for him, his new practice is in line with the basis of his plans, human sacrifice. He simply has to lure more gullible minds to certain death and write about sacrifice with the help of a few verses. Unfortunately for Kayumba Nyamwasa, evil does not triumph and soon it will be game over for him and his cult.