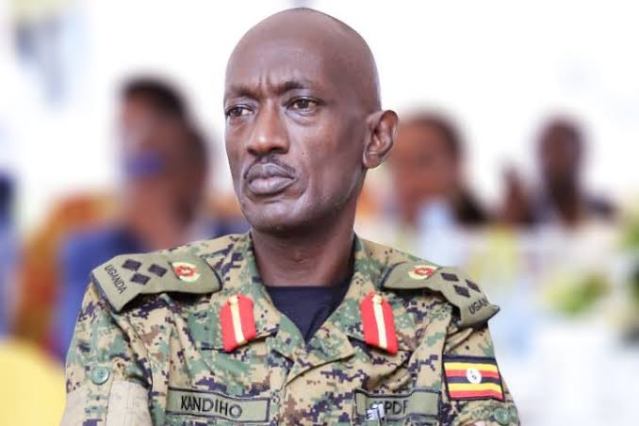 Brig. Gen. Abel Kandiho, Head of Uganda’s military intelligence CMI, has been busy trying to clean his image through CMI sponsored and controlled outlet. He wants an image of success in his war with Rwanda.

Kandiho has failed to destabilize Rwanda. The Head of CMI Uganda whose sole purpose is to support armed terrorist against Rwanda keeps trying and failing his objective. So far, the only success he has on his name is to antagonize regional relations.

All his operations end with catastrophic failures. We all remember his 46 recruits caught on their way to the battle field in Congo. We also remember Laforge Fils Bazeye and Theophile Abega, Senior FDLR official caught in Congo as they left a meeting with senior Ugandan officials in Kampala. Who will forget the accidental meeting and passport issuance to Mukankusi, a Senior RNC official. These failures are repeated with Gasana, Rujugiro, Nsabimana of FLN, all their secrets plans unveiled for public laughter and ridicule as botched intelligence operations.

All these plans were unearthed and became an embarrassment to his Boss Museveni and Uganda as a whole ! All these are Kandiho’s projects. He should resign and spare Uganda the agony of frivolous denials of his mistakes.

His name has become a synonymous to torture. Hundreds of Rwandans talk about their ordeals at his hands and under his authority. Innocent people including Congolese are secretly detained, tortured and dumped at the Rwandan border.

He should be tried and convicted for grave human right abuses, his name will certainly end up in history books as Museveni’s butcher.