David Himbara, the RNC Chief propagandist mouthpiece, is writing praises to a terrorist Nsabimana Callixte currently under Rwandan custody awaiting trial. Himbara forgets who’s brave and who’s a coward. He writes calling ‘hero’ a buffoon –Nsabimana Callixte – who claimed to have captured a forest when in fact he had not captured a tree. 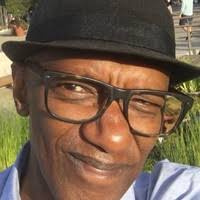 Himbara forgot his initial reaction when Nsabimana Callixte was caught, he tried to profit from it. He praised Nsabimana while cleverly taking distance from him.

“As for placing Himbara on the same wanted list with Callixte ’Sankara’ Nsabimana, that is an insult to Callixte ‘Sankara’ Nsabimana.” – Himbara, 30th of April 2019. Himbara turned the arrest to be a problem for Himbara, he too wanted some attention.

In the same article, Himbara inserts in clear terms that he is nothing but a coward, “Himbara is no revolutionary. He is a cowardly armchair human rights activist who only fights with a pen in the comfort and safety of Toronto, Canada.” He wants us to forget that he is the RNC mouthpiece that was tasked to spend about $440,000 on a single issue by Museveni and Rujugiro, lobbying the US congress.

Uncertain whether Nsabimana Callixte will sing like a canary about their joint criminal entreprise, the con artist decided on a two prones approach. He will take his distance from their failed terror plans for legal reasons and praise the fallen hoping that his praises will suffice to keep him quiet. He has since been busy quoting Shakespeare, Mandela, comparing Nsabimana to a hero just to generate a few more views for his blogs.

After milking the Nsabimana’s initial arrest, Himbara is still thinking of how to use him and probably hopes that the fake soldier undergoes more tragedies to give him more substance to sell.