Nyamwasa clutches at the death of Mayombo to deflect attention 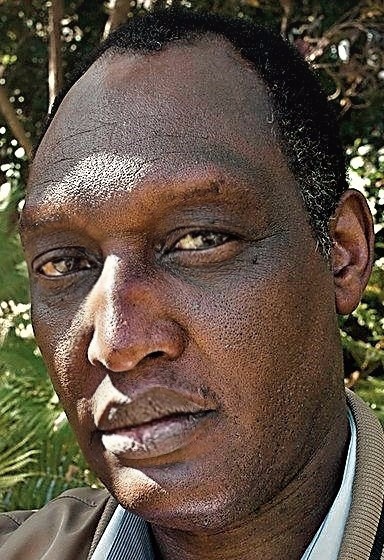 Nyamwasa clutches at the death of Mayombo to deflect attention

Terrorist “RPF Gakwerere” aka Kayumba Nyamwasa, here you go again with your deranged smears and insults against President Kagame.

You allege President Kagame was behind the death of the late Brig. Gen. Noble Mayombo. But you only sound like a drunkard hallucinating on drugs who just regurgitates any nonsense in their head.

The world of course knows that your paymaster and chief sponsor of your terrorist activities against innocent Rwandans is the corrupt, morally bankrupt Museveni. It is not surprising to see you trying to pin on the Rwandan leader the very crimes of your crooked paymaster, whose people poisoned Mayombo’s heart.

Terrorist Gakwerere, do you think people are children to so easily forget that your criminal patron Museveni is the one who actually eliminated Mayombo?

Mayombo was killed because Museveni perceived him a threat. He was a popular, morally upright, intelligent and charismatic officer. Everyone knows he was a threat to Museveni because he was a role model to other UPDF officers.

An example of the esteem in which officers of UPDF held Mayombo can be seen in the words of Lt. Gen. James Mugira. “For us who grew up, studied, lived and worked with him, Noble’s incredible brain power, astuteness, his unparalleled smartness was a story of immense proportion, which all clearly knew and admired,” Mugira writes in the ChimpReports website of today – 1st May.

A man of this brilliance and charisma, but also happened to be a Munyoro, was perceived a threat not only to Museveni but the Bahima clique of Museveni’s inner circle. Those Bahima think it is their God-given right to rule Uganda forever.

It was Museveni and his clique to whom Brig. Gen. Noble Mayombo was a threat, no one else. Only a sick, lying traitor like “RPF Gakwerere”, better known as Nyamwasa, would try the crazy lie that “Kagame killed Mayombo”.

But this crazed traitor doesn’t stop there but goes ahead to allege that the Rwandan head of state also killed some other officer called Sula Semakula, and Kazini. Why? Leave alone how (these people never stepped in Rwanda), but why? No reason is given,

I think the recent news that Nyamwasa’s little terrorist sidekick Callixte “Sankara” is in Rwandan custody has driven Nyamwasa into a panic. He is writing wild things to deflect attention. He is crazy with fear.

Expect “RPF Gakwerere” to be even more unhinged than usual.